We are a highly respected general contractor in the greater Portland Oregon area. We take pride in our track record of integrity, expertise and excellent customer satisfaction. Bring us your ideas and let us help you make it a reality!

Our team of experts is known for our gourmet kitchens and master bathroom designs, but we are actually a full service design / build remodeling company for Portland Oregon homeowners.

Our team of Contractors is made up of skilled craftsmen in their own fields, and every member is certified by C&K Custom Remodeling Inc. for professionalism, craftsmanship, and attention to detail.

We have put a high value on integrity, craftsmanship, and customer service. Let us show you why so much of our business is repeat and referral clients. 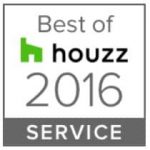 Our clients tell us that they appreciate that we have put a high value on integrity, craftsmanship, and customer service. Let us show you why so much of our business is repeat and referral clients. 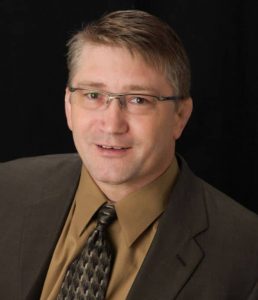 Lloyd Martindale, the owner of C&K Custom Remodeling. People often ask how I came up with the name C&K and for me it was simple. I wanted to name my company something that would inspire me. I took the first letter of both of my children’s names and C&K Custom Remodeling was born.

I’m a born and raised Portlander. I grew up wrestling at the Lents boys and girls club. I went on to graduate from John Marshall high school. I received a wrestling scholarship to U of O, which means I made it as far as Eugene where I studied and wrestled for the University of Oregon. I also competed for, and later became the head coach at Clackamas Community College.Finally I ended up as a wrestling coach at Portland State University.

While going to school, I worked for my parents property management company learning to be a skilled handyman. Later, I went on to work for other licensed contractors refining my skills and becoming versed in many aspect of building science. In the summers my father and I would purchase a house for the purpose of remodeling and selling. In 2002, after much encouragement from family and friends, I started C&K Custom Remodeling with the goal of building a Portland general contractor business that focused on customer service and true craftsmanship. I designed C&K with a commitment to a clean, family friendly, professional work environment and all of our teams have been built around these principles.

Athletics instilled in me goal setting, commitment, and character while coaching taught me to build great teams and inspire each member to strive for excellence. These characteristics have transferred into business in ways I never imagined.

As C&K Custom Remodeling grew, I quickly found my first passion was remodeling and team building. I now volunteer as a wrestling coach at our local high school, which allows me to stay focused on my clients while still working with young athletes which I still love.

When You Want The Best